Aimée is an experienced Special Educational Needs practitioner for music; promoting inclusivity and opportunity in schools for children with SEND and developing and enhancing music education in a meaningful, creative and expressive way.

After gaining a degree in music at Huddersfield University studying voice and flute, Aimée completed a Masters at the University of York studying Community Music. During this time, she continued as a peripatetic singing teacher in and around the Leicestershire area. After completion, she lectured in Community Music and Theatre studies at Loughborough College and Soar Valley Music Centre, also acting as one of their lead vocal and flute tutors. Alongside this, she delivered workshops and training for schools in the city and county, conducted community choirs, and worked for several theatre arts schools, often being called in to deliver intensive sessions to raise standards.

After several years, she was approached by the RNIB and a local school for children with a range of special educational needs to deliver music both in group settings, and individually. This work developed to cover several SEND schools in the area, and Aimee now specialises in this area; teaching, advising, delivering workshops and speaking at national events.

Aimée also works in an advisory role for Leicester-Shire Schools Music Service, supporting schools in resources, planning and delivery of music lessons for children and young adults with SEND. She is particularly involved in the teacher CPD in using Soundbeam; an assistive, inclusive technology used by people with special needs and disability and supporting schools to implement Sounds of Intent.

Aimée still teaches privately on voice, flute and piano, is an accomplished flautist, and sings professionally at a range of functions around the county.

Kate Hallam-Jones is a teacher at Birkett House School. She is currently part of the Leicester-Shire SEND Music Curriculum working party and is researching gifted and talented in PMLD students.

Prior to becoming a music teacher, she completed a music degree at Huddersfield university, with a focus on composition and research into the impact of music on the learning of pupils with Autism, During this time she also volunteered and worked in a number of special Needs settings including Mencap play schemes and special schools. Kate then went on to complete a secondary music PGCE at Nottingham Trent University. During her university career she continued to gain experience of working with children with SEND, including being involved with rehearsals for a performance at a local special school.

Kate's first teaching role was as a music teacher at City of Leicester College where she taught across Key stages 3, 4 and 5 teaching music at GCSE level and the Rock School Access to music courses at Key Stage 4 and 5 five in music performance and music technology. she worked as acting head of department for a year before accepting a position as a special needs teacher at Birkett House School, a 4-14 school catering for pupils with a range of additional needs including PMLD, complex needs, SLD and Autism, where she completed a certificate in special needs education.

During her role at Birkett House she has taught across the age and ability range of the school. As well as teaching all curriculum areas to classes, she has delivered music lessons to groups and classes across the school and imbedded music across the curriculum within her own teaching. She is involved in the continual development of the Birkett house curriculum, with a particular focus on their complex needs and semi-formal learners, and has written and developed music schemes of work for key stages 1 and 2 to be used by all teachers in the primary department. Kate is experienced in differentiating for all abilities and in planning in line with the national curriculum in a way that is relevant and stimulating for all pupils. As part of her current role, she also plans and leads a weekly singing assembly and support pupils in a sing and sign club.

Kate strongly believes that music is and should be accessible for all and that high quality music teaching can help pupils with SEND to achieve in all areas. 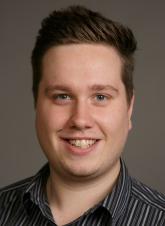 Mark Wilson is a Teacher and Music Coordinator at Dorothy Goodman School. He is currently undertaking a PGCert, in partnership with LSMS, in Sounds of Intent.

Prior to becoming a teacher, Mark studied at Leeds College of Music where he was awarded an honours degree specialising in classical music and performance on the Clarinet and Saxophone. He was awarded the prestigious Owen-Morley Prize for Woodwind in 2009, and currently remains the only first year student to have been awarded the prize since it was established. He later went on to complete the GTP at Beauchamp College gaining QTS in Music.

Mark started his teaching career delivering GCSE and A level music in mainstream schools before moving to Dorothy Goodman School to pursue a career in SEN teaching. He has experience in working across the full age range (EYFS-KS5) delivering Music to students with a range of needs including those with ASD, PMLD, SLD and EBSD. Within his role as Music Coordinator Mark is involved in leading the continual professional development of Music teaching and learning and works collaboratively with external providers to offer a range of enrichment experiences and extra-curricular activities.

Mark is a passionate practitioner who believes in developing and promoting age-appropriate, stimulating and engaging opportunities for young people with SEND through the medium of Music.